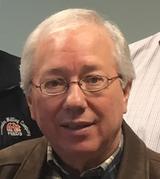 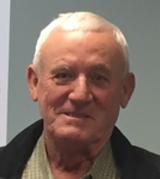 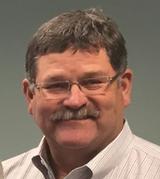 Art and his wife Sherri farm near Chickasha, Ok.  They raise peanuts, cotton, and alfalfa.  Art was Grady County Sheriff for several years.  He grew his first peanut crop in 1972 and is a 4th generation peanut farmer.

John operates and manages Clay Ag Inc (along with son Steven), a farm operation producing peanuts, cotton, and corn under irrigation in Caddo County.  John holds BS and MS degrees in Agronomy from OSU.  He has previously served as OPC Chair and as Oklahoma’s representative on the NPB.  He serves on the Caddo-Kiowa Tech Board in Ft Cobb.  He was first appointed to the OPC in 2001.  John’s wife Wilma is a retired nurse.​

Anthony holds the distinction of being Oklahoma’s southernmost peanut farmer, farming in Love County.  He and wife Karen cooperate with Oklahoma Foundation Seed in the production of seed peanuts and rye.  They also provide small grains winter grazing for a number of cattle growers in the area.  Anthony was the Southwest Farm Press “Peanut Profitability Award Winner” for the southwest for 2015.  He has served on the OPC since 2005.​ 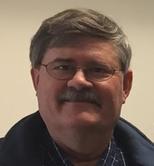 ​Les farms peanuts, grain sorghum, wheat, hay and cattle in Custer, Washita, and Kiowa Counties.  He has served on the OPC since 2004.  He also serves as President of the National Peanut Board.  He is retired from serving as the Associate Dean of the School of Business and Technology at Southwestern Oklahoma State University in Weatherford.  He holds BS and MBA degrees from SWOSU and a law degree from OU.

Joe D. farms peanuts, cotton, wheat and corn in Tillman County.  He also serves on the Cotton Council, Oklahoma Pesticide Advisory Board, and Tillman County Farm Bureau.  Joe D. was the Southwest Farm Press “Peanut Profitability Award Winner” for the southwest for 2012.  He has served on the OPC since 2004.  His wife Gayle is active in the farming operation and serves as Chair of the National Peanut Board.  ​