Only three individuals have served as Executive Secretary or Executive Director of the Oklahoma Peanut Commission during the half century that it has existed.

Bill Flanagan served as OPC Executive Secretary from the establishment of the commission in 1965 until his retirement in 1993.

Mike Kubicek succeeded Flanagan, beginning his tenure as Executive Secretary in 1993 and retiring in 2015 following 22 years of service to the Oklahoma peanut industry.  During Mike’s time with OPC, the position title was changed from Executive Secretary to Executive Director to reflect a more contemporary description for the duties of the position.  Mike led in the transformation of the commission from a state commission to a private organization.

Sholar, a Tennessee native, graduated in 1971 from the University of Tennessee at Martin with a BS degree in Agricultural Sciences.  He holds an MS in Agronomy and a PhD in Crop Science from Oklahoma State University.

He spent three decades as Professor of Agronomy and Extension Oilseed Crops Specialist at OSU.  He provided statewide leadership to Extension programs designed to improve the profitability of oilseed crops with emphasis on peanuts and soybeans.  He also conducted an extensive applied research and field demonstration program.  He served as the OSU Division of Agriculture Liaison to the Oklahoma Peanut Commission and the Oklahoma Soybean Board.  He served as Executive Officer of the American Peanut Research and Education Society (APRES) continuously from 1983 to 2007.

In addition to a career in Extension, Sholar served in the US Army and Army Reserve for a total of 39 years and retired in 2010 as a Major General. 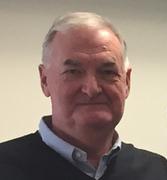